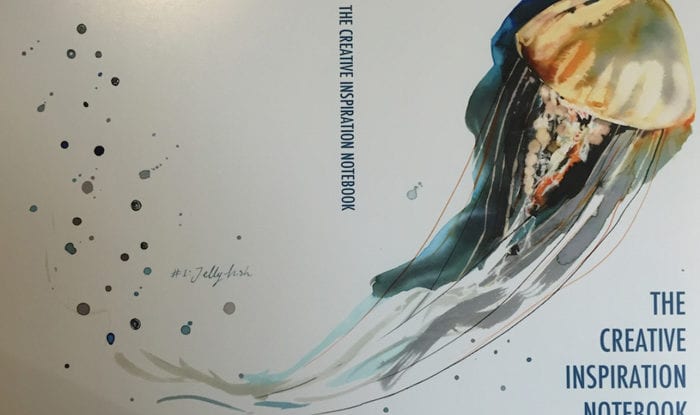 LOM ART is proud to announce the winner of the LOM ART Illustration Prize 2016:

Frances Ives, a freelance artist and illustrator, who completed her MA Illustration at Camberwell College of Art in 2014 won the judges over with her beautiful watercolour illustrations. Her prize comprises a mentoring lunch with LOM ART illustrator, Zeena Shah and LOM Art Editors, as well as £1,000 prize money.

Frances’ jellfish concept originally came from a piece of trivia that a jellyfish is 90% water. She felt that this could represent the creative process stating that ‘although it may sometimes feel that there is no sold ideas, the 5% can make something beautiful.’

‘This year we had a really high standard of entries, but luckily myself and the other judges unanimously chose Frances’ entry, as we all felt it really stood out from the rest. Frances’ concept was inventive and original, and her watercolour illustrations are stunning. She is a very talented illustrator, and we are looking forward to discussing potential future projects with her.’

The competition asked illustrators of any age to design a front and back cover for a book and stationery product called The Creative Inspiration Notebook. You can view the original announcement here.

Michael O’Mara Books introduced a version of the prize last year in the form of two illustration competitions to celebrate the launch of the new imprint. 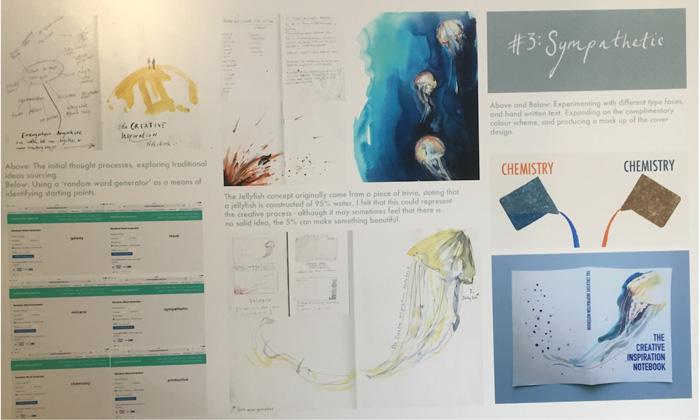 More About the Winner

Frances was born and brought up in rural Lincolnshire; the nearest post office is six miles from her family home. By contrast – perhaps as a reaction – she studied for her BA in Illustration at Kingston and her MA in Visual Arts at University of the Arts London, graduating in 2014. She now lives and works in London, working mainly from her studio at home in Camberwell. Frances works primarily in watercolour and ink, but her illustrations involve a variety of media which is often digitally composed. Twitter: @francesives.