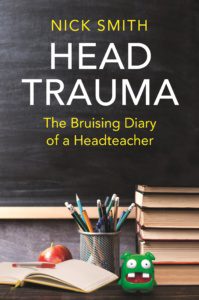 Michael O’Mara Books is to publish a revealing diary spanning a headteacher’s near thirty-year career, by Nick Smith.

Head Trauma: The Bruising Diary of a Headteacher charts Smith’s journey from trainee teacher to headmaster with fascinating insights into the education system. Illustrating the daily grind of life at the whiteboard face in UK schools, the book is a rousing yet hilarious and heartbreaking look at the trials of teacherdom.

A call to arms for parents, teachers and pupils alike, the book is a powerful and pacey rundown of the education system.

Teaching across four comprehensives, one FE college and a grammar school before becoming headteacher at Torquay Girls’ Grammar School in 2007, Smith remained at the latter for fourteen years. Taking the school from Ofsted Good to Outstanding, and winning multiple awards including the UK’s 2020 Parliament School of the Year, his interest in improving student health led to the development of a 10 Healthy Habits curriculum. This innovative programme was runner-up in the TES National Teaching Awards and prompted a visit from the Secretary of State for Schools.

Regularly contributing to the TES, Nick Smith is also known for rewriting the hit song ‘We Didn’t Start the Fire’ using green lyrics to highlight pupils’ support in fighting climate change. The resulting video was sung in schools across the world on student climate strike day, and David Attenborough sent a handwritten letter of support to the school. 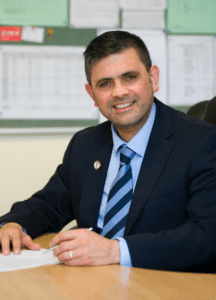 Nick Smith said: “This book is a distillation of my thirty years in education, charting my journey from fledgling teacher, up through the ranks to become the headteacher of one of the UK’s top state schools. I hope that by shining a light on the many outrageous and uplifting events experienced by a modern day headteacher others will be inspired to take up the challenge. It may also go some way towards explaining why teachers are fiercely defensive of their long holidays.”

Nicki Crossley, Senior Commissioning Editor at Michael O’Mara Books, said: “Written with wit and honesty, Nick Smith’s memoir is an essential read for every parent, teacher and student alike. Nick not only highlights the incredible year the education system has just had, but also the challenges he and his fellow teachers have faced throughout the last thirty years.”

Head Trauma: The Bruising Diary of a Headteacher will publish in hardback on 3rd March 2022, priced £14.99. UK and Commonwealth Rights, including ebook and audio, were acquired by Nicki Crossley from Katie Fulford at Bell Lomax Moreton.