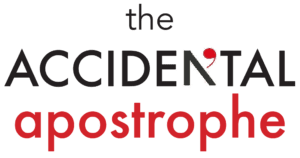 Are you Proficient in Punctuation? An Apostrophe Ace? A Comma Connoisseur or a Semicolon Specialist?
See how you fare with this quiz. All the answers refer to British English.

Direct speech: which of these is right?

The correct answer is A. The comma after New Zealand and the full stop after afford it go before the closing quotation mark (both of these are wrong in B). In C, the exclamation mark acts as the end of the sentence, so ‘he moaned’ should be followed by a full stop and a capital letter. And really moaning isn’t something that needs an exclamation mark. Loud and emotional things such as yelling and screaming need exclamation marks. Sparingly.

Indirect speech: and which of these?

The correct answer is C. In direct speech – She asked, ‘Are you going to the party?’ – you need both the comma and the question mark, but when you are reporting her words, rather than quoting them exactly, you don’t. Here, C is a simple statement, not a question.

Hyphens: which is correct?

It's B. The rule is that compound adjectives beginning with well (well-matched, well-groomed, well-behaved, etc.) are hyphenated if they come before the noun but not if they come after. The same applies to, for example, first-class accommodation and the accommodation was first class.

Apostrophes: which one of these requires an apostrophe?

C is the only one that needs an apostrophe: that avocado’s not going to be ready to eat by tonight. In this sentence, avocado’s is short for avocado is and that’s what the apostrophe tells you. Cucumbers and bananas are simple plurals and an apostrophe would serve no purpose. It’s a good rule of thumb with an apostrophe that, if you don’t know what purpose it’s serving, you should leave it out.

The correct answer is A. It’s a mystery is short for It is a mystery. In the other examples, its is a personal pronoun and doesn’t have an apostrophe. It‘s has an apostrophe when it’s short for it is or it has, but not otherwise.

Colons, semicolons and other pauses: this time, only one is wrong – which?

It's B. The colon in A is the correct, formal way of introducing a list; the dash in C serves the same purpose but is less formal. A semicolon needs to be followed by the same grammatical construction that preceded it, so is wrong here. It would be right in, for example, There were only four children in the Famous Five; Timmy was a dog.

Commas: again, only one of these is wrong – which?

B is wrong. If you are using commas in a construction such as this, you need two of them. But leaving them out or putting them in changes the meaning. With commas, who looked a bit like George Clooney is what’s called a non-defining or non-restrictive clause – you may prefer to think of it as a ‘by the way’. The important thing in this sentence (option A) is that the doctor seemed very efficient. Once you take the commas away you have a defining or restrictive clause which is essential to what you are trying to say. The doctor who looked a bit like George Clooney seemed very efficient suggests that the doctor who looked like Peter Capaldi was a bit off the wall.

i) James Dean died shortly after east of Eden was released.

iii) The American south is defined more by culture than by geography.

iv) London’s west end is famous for its theatres.

Do you need a capital for the compass point ...

The correct answer is C. Only ii doesn’t need a capital, because here north is simply describing a position – you wouldn’t write Amiens is Two Hours’ Drive from Paris, would you? Capital letters are required for, among other things, the main words in titles (East of Eden) and proper names. The American South and the West End both refer to specific places, not just geographical locations, so they count as proper names and need capitals. Consider the difference between London’s West End is famous for its theatres and the west end of the house was very sunny in the afternoon and you will (I hope) see what I mean.

Accidental Apostrophe Quiz
Not so good
Not so good. It looks as if you find Hyphenation a Hassle and are in a Quandary about Quotation Marks. Perhaps you’d benefit from buying a copy of The Accidental Apostrophe #AccidentalApostrophe
Not bad
Not bad. You’re a Better-than-Average Apostrophiser and probably a Competent Comma-User (as opposed to a Competent-Comma User, who would never dream of using incompetent commas) #AccidentalApostrophe
Congratulations!
Congratulations! (I think that justifies an exclamation mark, even though Elmore Leonard says you shouldn’t use more than two or three every hundred thousand words.) You’re a Punctuation Perfectionist. A Flawless Full-stopper and a Stickler for Semicolons #AccidentalApostrophe 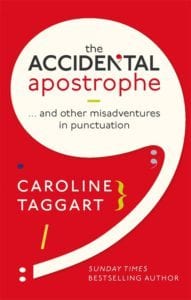 The Accidental Apostrophe
… and other misadventures in punctuation

This website uses cookies, which are necessary to its functioning and required to achieve the purposes illustrated in our cookie policy. By closing this banner, scrolling this page, clicking a link or continuing to browse otherwise, you agree to the use of cookies. Find out more.